* In case of any delay in receiving the OTP, you may verify it later. Please proceed without verification.

Sriperumbudur is a hi-tech industrial city in Kanchipuram District. The city is located 40km from South West Chennai. The city was known as "Bhoodhapuri" during its early days. Today, Sriperumbudur is famous for its historical monuments, temples and automobile companies. The city shot into fame after the assassination of Prime Minister Rajiv Gandhi in 1991. Moving on, Sriperumbudur became an Economical Zone in 2000. This was when Sriperumbudur witnessed rapid industrialization.

Being an integral part of Kanchipuram, Sriperumbudur was once a part of the Chola Kingdom. This was several decades before the city acquired its official and modern name. The place is believed to have a hidden role during the Dravida Kingdom, which was a part of Mahabharatha. As Kings and Kingdoms invaded Kanchipuram, the ancient city flourished with Hindu and Buddhist teachings. This attributes to the presence of several shrines and temples in the city. The district as a whole has faced many eras like the invasion of Cholas, the rise and fall of Vijayanagar Empire, the reign of Mughals and the carnatic period. Latter then, the city was a part of the second Anglo-Mysore war. As these historic happenings came to an end, Kanchipuram was broken into divisions and Sriperumbudur received its name during early 1970s.

Over the past few years, Sriperumbudur has attracted potential investors and businessmen. This is because the city is close to Chennai and Bangalore. It is located strategically on NH-4 (National Highway between Bangalore and Chennai). Conversely, in less than five years more than 20 Software Technology Parks were established in the city. Hyundai was the very first automobile company to make an investment in the city. Hyundai launched its Sriperumbudur branch in 1999. Later in 2008, more than 10+ automobile companies were incepted in the city. Consequently, Sriperumbudur became a Hi-Tech Economic zone with an annual turnover of USD 2 billion. Sriperumbudur is extremely famous for its electronics and automotive industry. Moving on, Oragadam is a city in Sriperumbudur that showcases strong signs of growth in the field of real estate. From free plots to apartments to individual homes, you can buy real estates at affordable rates.  Click here to read more on economy of Sriperumbudur. 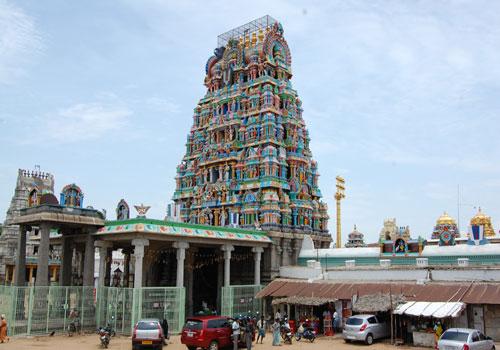 Sriperumbudur has many historical monuments and tourist destinations. Sri Adikesava Perumal Temple, Saint Ramanuja Temple and Rajiv Gandhi Memorial are three major consigns in the City. Rajiv Gandhi Memorial was built on the very spot, the Prime Minister was assassinated. Another, important destination in Sriperumbudur would be the "Vallakotai Murugan Temple". The temple is located 9km from the City. Vallakotai Murugan Temple in Sriperumbudur has the town's tallest Murugan Temple. Additionally, famous philosopher and Hindu Saint Sri Ramanuja was born in Sriperumbudur. Sri Ramanuja contributed immensely to the branch of Vaishnavism in Hinduism. A special statue called "Thamugantha Thirumani (Cherished by Himself Form)" was installed in the Sri Adikesava Perumal Temple to cherish Sri Ramanuja.

Sriperumbudur is popular for its Irrungattukottai Motor Sports Club. The club organizes many international and national racing events throughout the year. From South Indian Rallies to All India Motor Races, the racing club is filled with activities throughout the entire year. Moreover, the Irrungattukottai Sports Club was the first motor sports racing club in the country. Officially, the club is accredited by the Federation Internationale Du Sport Automobile and Federation Internationale De Motor Sports. 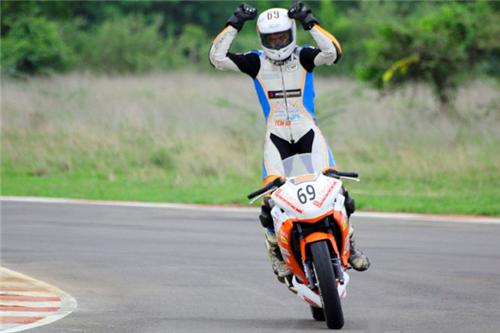 The city enjoys two different weather patterns. During summer seasons, the city becomes extremely hot and hits a maximum temperature of 49 degree Celcius. Meanwhile, during winter its lowest temperature can be 10 degree Celsius. Due to its rapid pace of industrialization, the place enjoys winters at 39 degree celcius.

Being a inner coastal region, the place does not enjoy frequent showers. However, the pre monsoon rainfall is well distributed through the region. The city depends on its monsoon rains. This is because the grounds can become extremely warm, in the absence of frequent rains. The Northeast and Southwest Monsoon delights Sriperumbudur with 1000mm of water.

Rivers and Lakes around Sriperumbudur

Sriperumbudur has a fair share of lakes. The place is surrounded by more than five lakes. Each of these lakes are within a distance of 18 km. The biggest lake near the city is "Sri Perumbudur Lake" that is located 0.29 km from the main city. Pennalur Lake is another important flow of water near Sriperumbudur. It is 1.64 km from the city. The lake is well known for its fauna and flora. Moving down south, you will find the Kolavai Lake ( 18.37 km). A river that flows close to Sriperumbudur would the Palar River that is 18.56 km from the city.

Sriperumbudur is a ideal destination for those who wish to get rid of the big city's hassles and tussles. The place is filled with historic monuments like the Rajiv Gandhi Memorial. Moreover, Sriperumbudur is a hub for motor sports enthusiasts. Active Madras Motor Sports Club regards the city as a place for yearly motor races. The Irrugatukkotai Race Club is visited by big names like Nareen Karithikeyan and Ajith Kumar! You will find mind boggling races in this club at all times of the year. Similarly, you should visit Sriperumbudur to get a glimpse of the country's largest Murugan Temple. Vallakotai Murugan Temple has the nation's biggest Murugan statue and is extremely famous amongst Hindu devotees. Temples in Sriperumbudur will give you blend of ancient and modern architecture. Get details of tourism in Sriperumbudur right here

Comments / Discussion Board - About Sriperumbudur